A Farewell to Low Ivy with our Top 10 Favorite Dishes 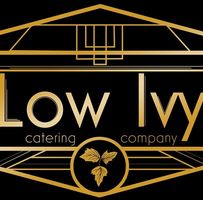 These birria burritos (birritos?) from MC Burritos were 🔥🔥. Can’t wait to pick up more.
Our crew spent some time checking out @topdoglr in downtown yesterday. We found some great dogs, burgers, and cheesesteaks (pictures here).
Keeping it simple today with a catfish plate from Burge’s.
Scored some major dad of the year points by picking up a pack of @loblollycreamery macarons to go in the kid's stocking.
Today is the last chance to get @lowivycatering food in Little Rock before they move out of state. Catch them at @therailyardlr at 5.
It is hard to walk into @mockingbirdbarandtacos and not get tacos, but their burger does not need to be overlooked.

It is hard to believe that today is actually the last run for our favorite food truck in the city, Low Ivy Catering. They will be set at the Railyard tonight (Thursday, Dec 16th) for one last hurrah before moving out of state.

In between shedding a few tears over the loss of great food, I decided to look back on some of my favorite dishes from the truck over the years. With their frequently rotating menu, special brunch menus, and a number of popup dinners, there are plenty of dishes to choose from so it was hard narrowing down my favorites. Thankfully, 3(ish) of these will be on the menu tonight for their send off (marked with a *). 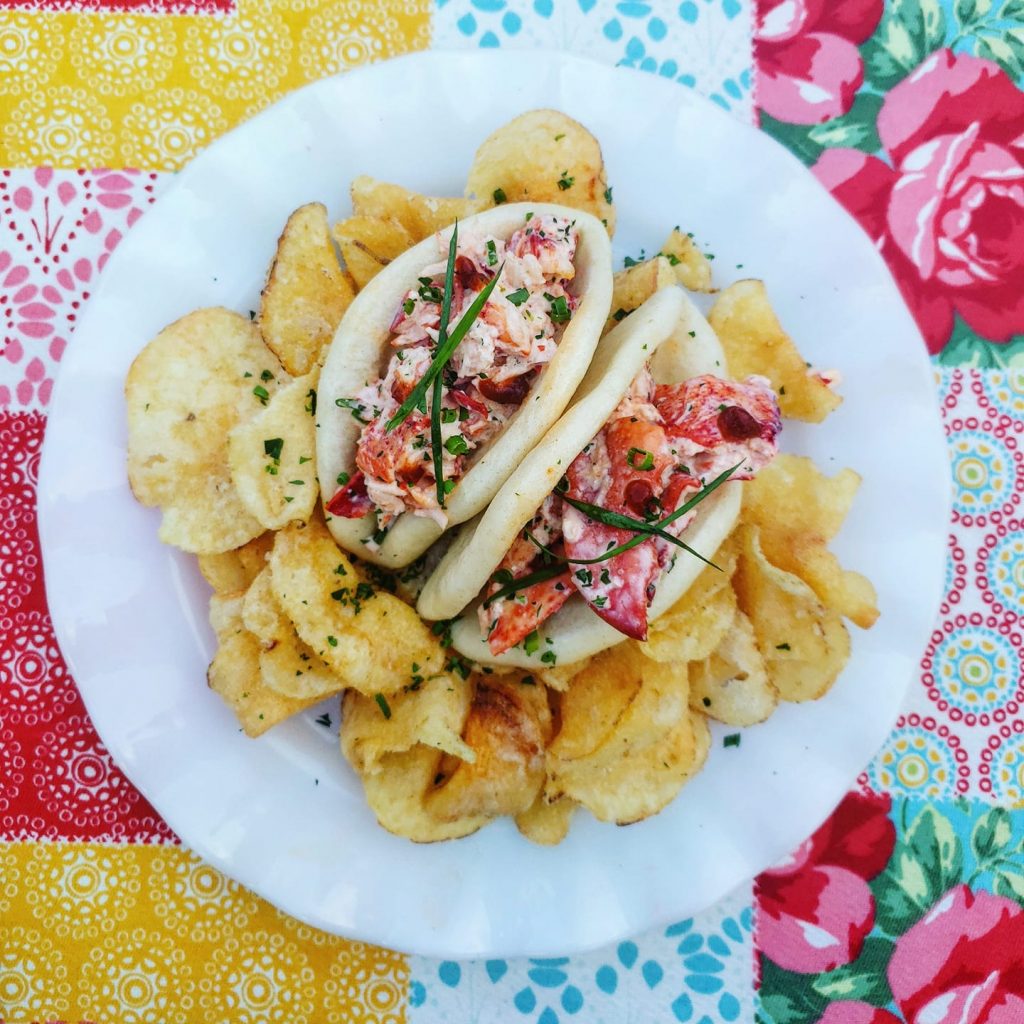 It is hard not to kick off any discussion about Low Ivy without mentioning the famous Lobster Roll. Instead of a traditional roll they used steam buns to make, in my opinion, one of the best dishes to grace the Little Rock food scene. It was simple, yet perfect. I grabbed one or two every time I could. 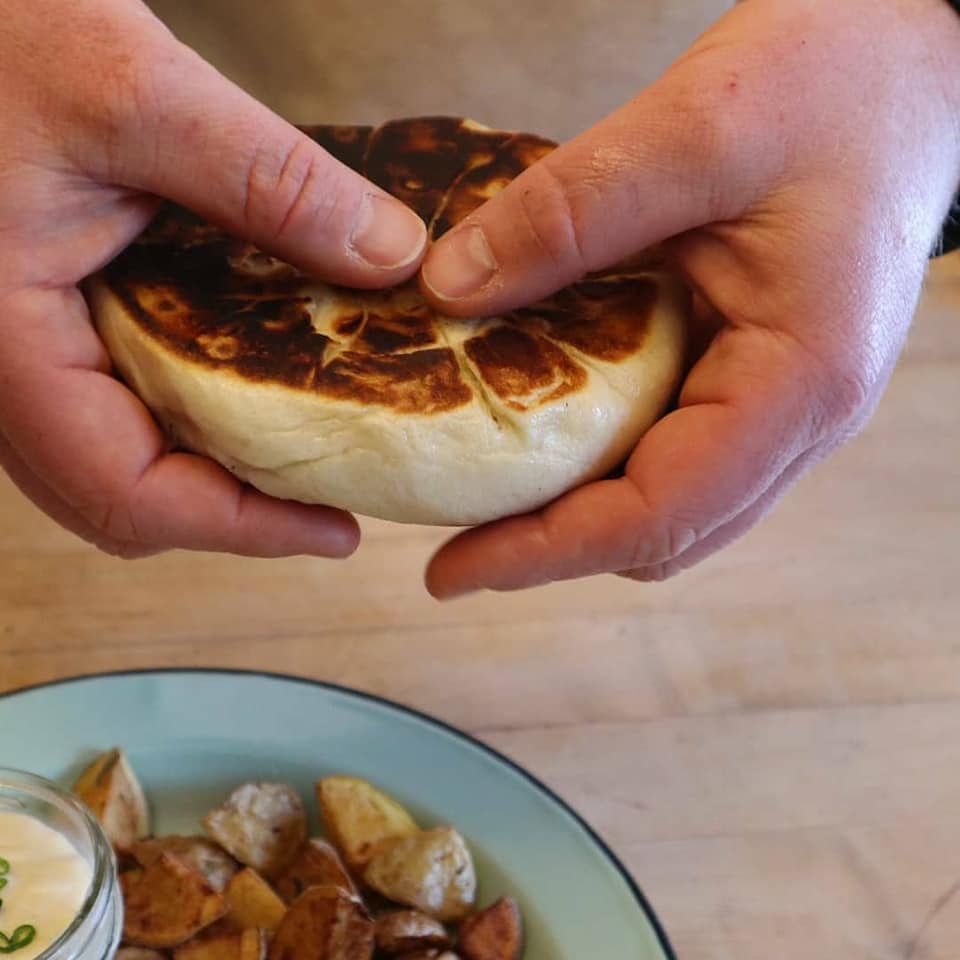 This was a brunch specific item, although I am not going to lie, I would sometimes order a couple cold to warm up later in the week. The brunch bun was a stuffed steam bun with ham, swiss, and bechamel. 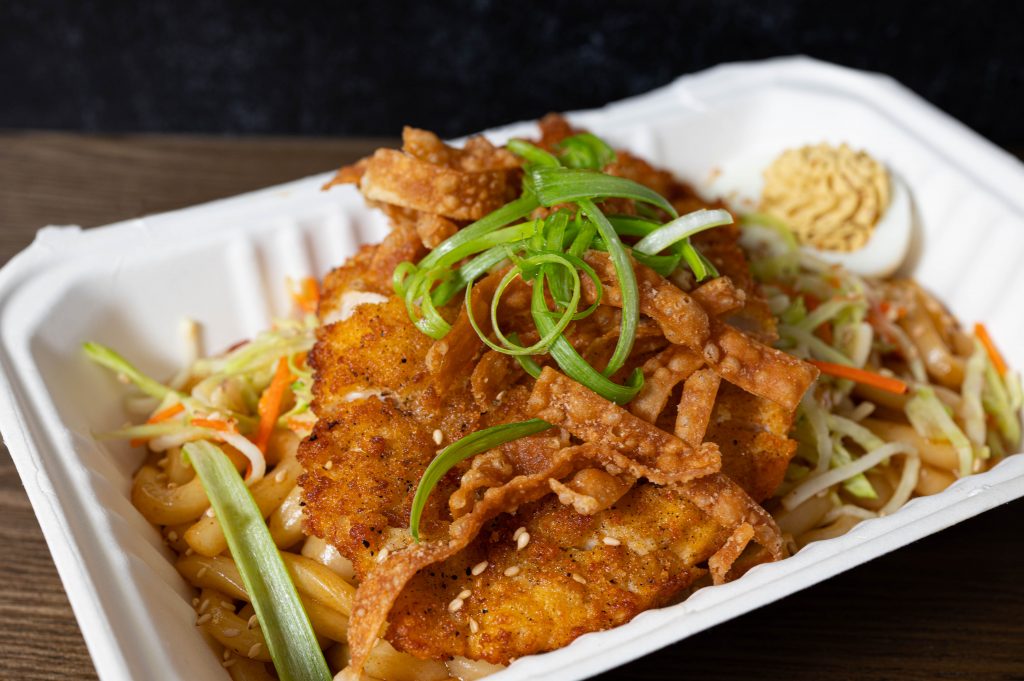 This delicious dish has udon noodles, perfectly cooked chicken, and one of the most delicious deviled eggs you can get. 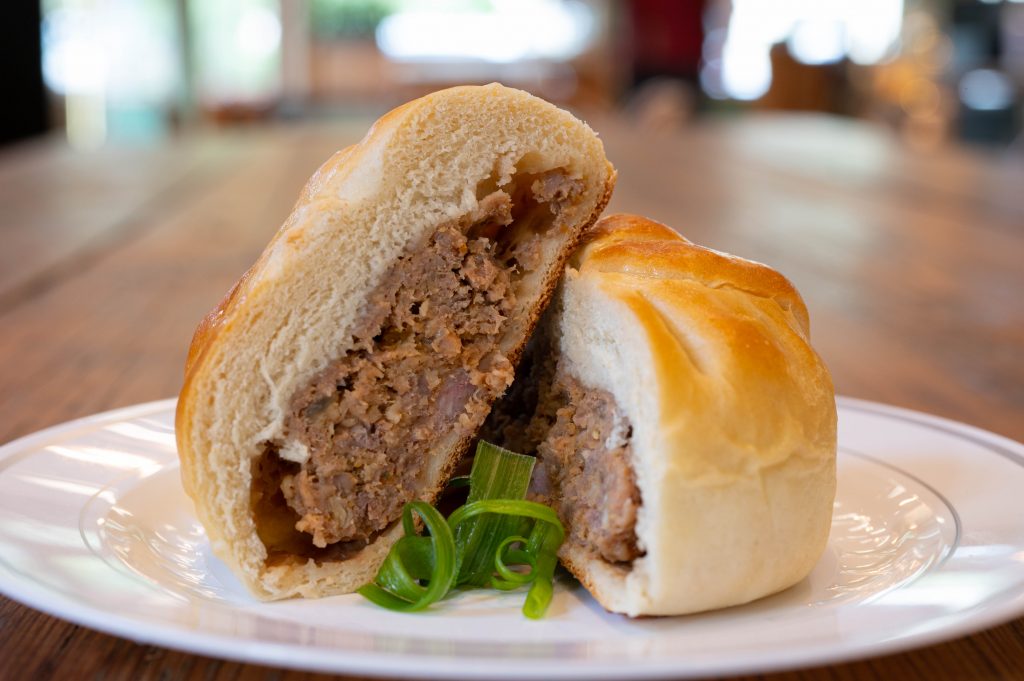 Meatloaf Wellington
The Meatloaf Wellington was a course for our popup dinner with Low Ivy earlier this year. When she approached me about doing it I was skeptical, mostly because I am no fan of meatloaf, but it absolutely won me over. Perfect meatloaf stuffed inside an Asian bun. 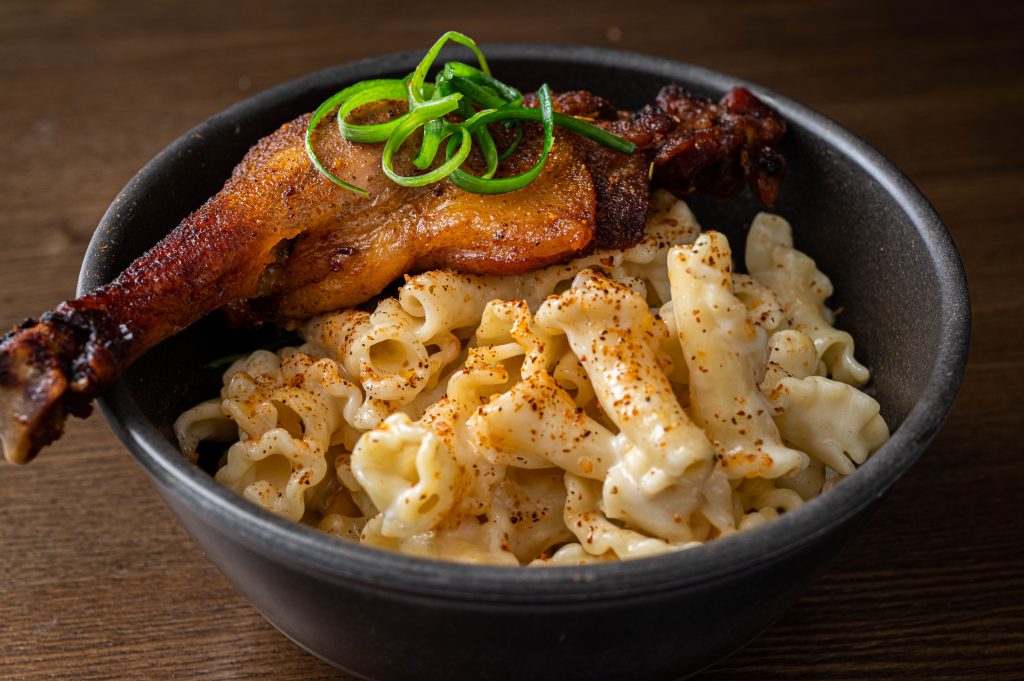 Gouda Mac
Maybe I am a kid at heart, but I am always a sucker for a good mac and cheese. The Gouda Mac has made several appearances in different forms and with different toppings, but at the heart it is still some really amazing mac and cheese. I may or may not have bout a whole pan of it on multiple occasions. 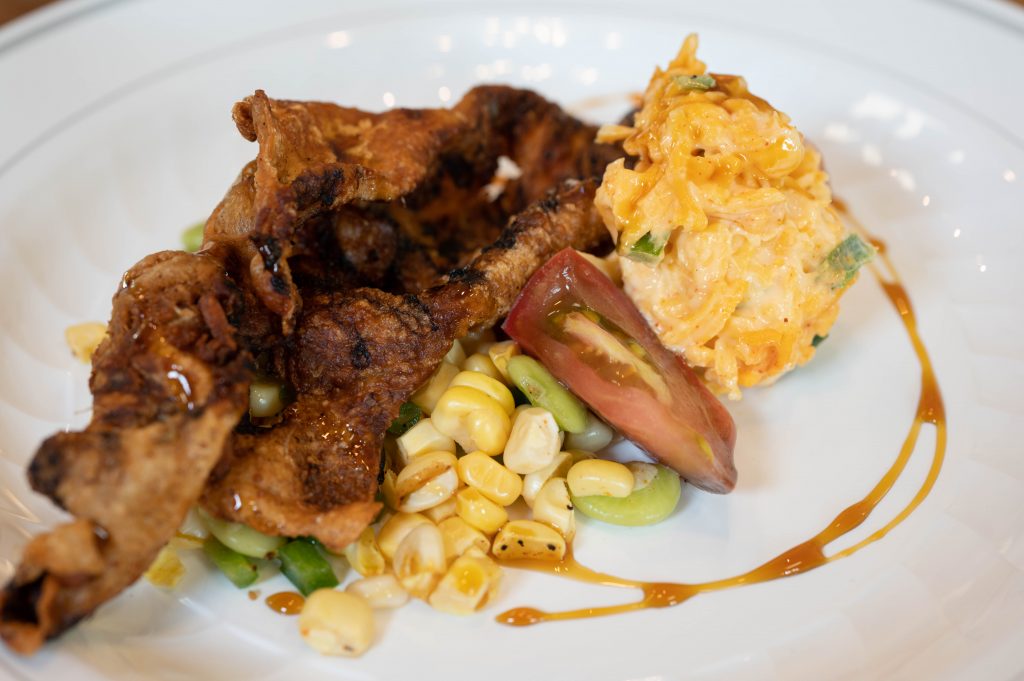 Chicken Skin and Pimento Cheese
Another from our popup dinner this summer, although this has been on the menu a time or two as a blue plate. This was hands down the favorite dish at our popup. Crispy fried chicken skins with a side of pimento cheese to dip. What could go wrong? 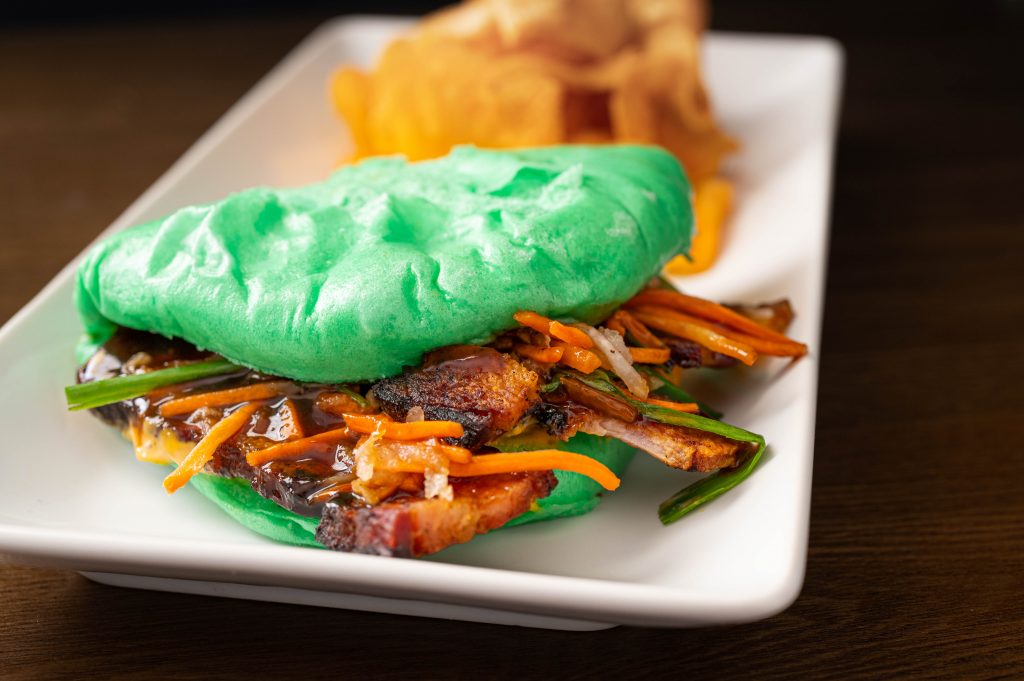 Pork Belly Buns
Really outside of the Lobster roll (which is to a category of itself), consider all of her steamed buns as a sub entry here. Low Ivy perfected the momofuku style steamed bun and used it as the perfect food vessel. The pork belly ones are on my mind because they were the last I ate, but also here are about a dozen others that have graced the menu, all equally as good. 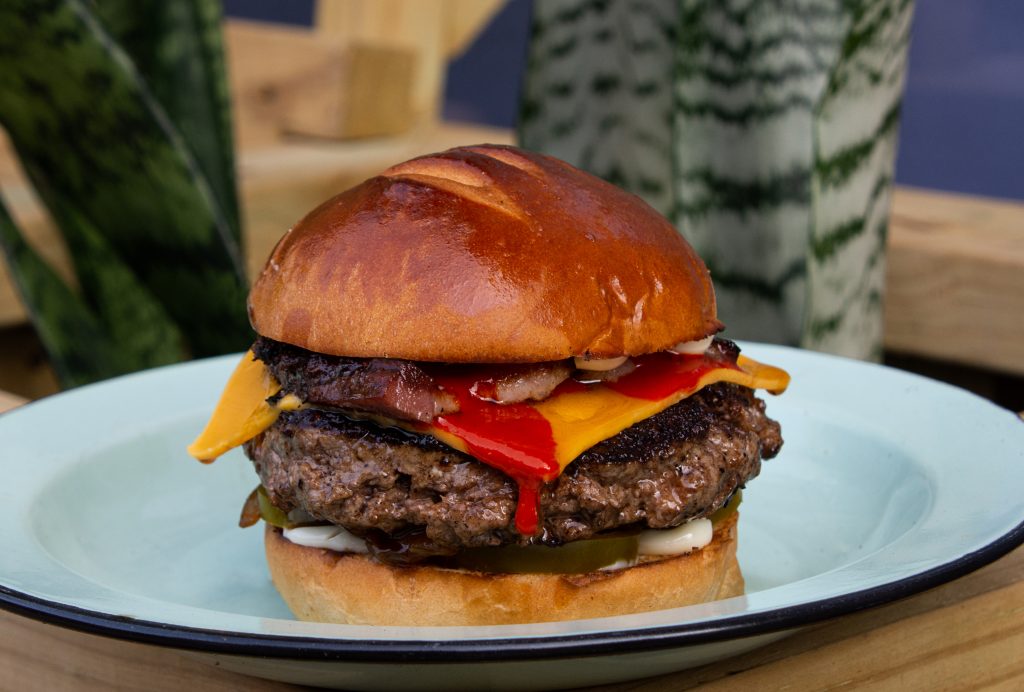 *Billy’s Burgers
Every so often in the restaurant world I see a concept so perfect I want to see it grow. Billy’s Burgers was that. It all started with a housemade bun and a perfectly cooked, thick burger patty. Then you could get creative and add whatever you wanted to it. We got bored once and calculated it up, there were over 12 million possible combinations, all cooked to order. While Billy’s will likely never roll out again, they do have a Kimcheese burger on the menu tonight which could have been one of those 12+ million options you could create (and I did at least once). 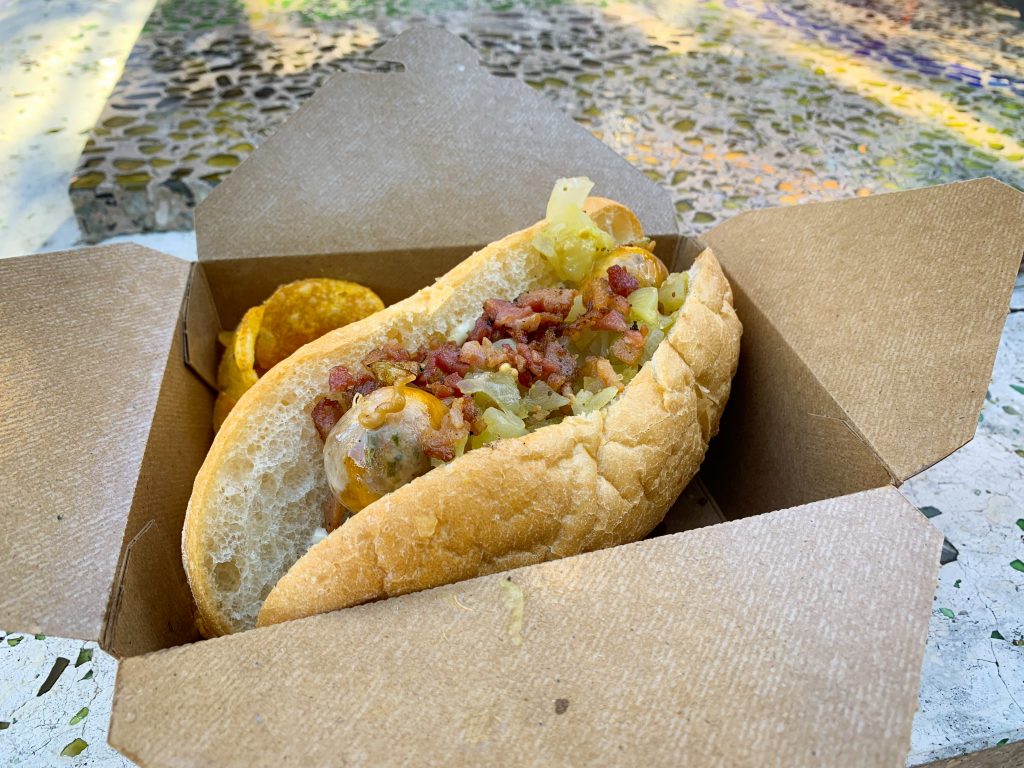 Pimento Cheese Stuffed Sausage
Similar to the steamed buns, there are a lot of sausage possibilities that could fall here. Low Ivy would stuff their own sausages using unique combinations that were always good, included in that is the Dat Dog that is on the menu tonight. However I was most fond of the pimento cheese stuffed sausage that ran once or twice. It was a beautiful combination. 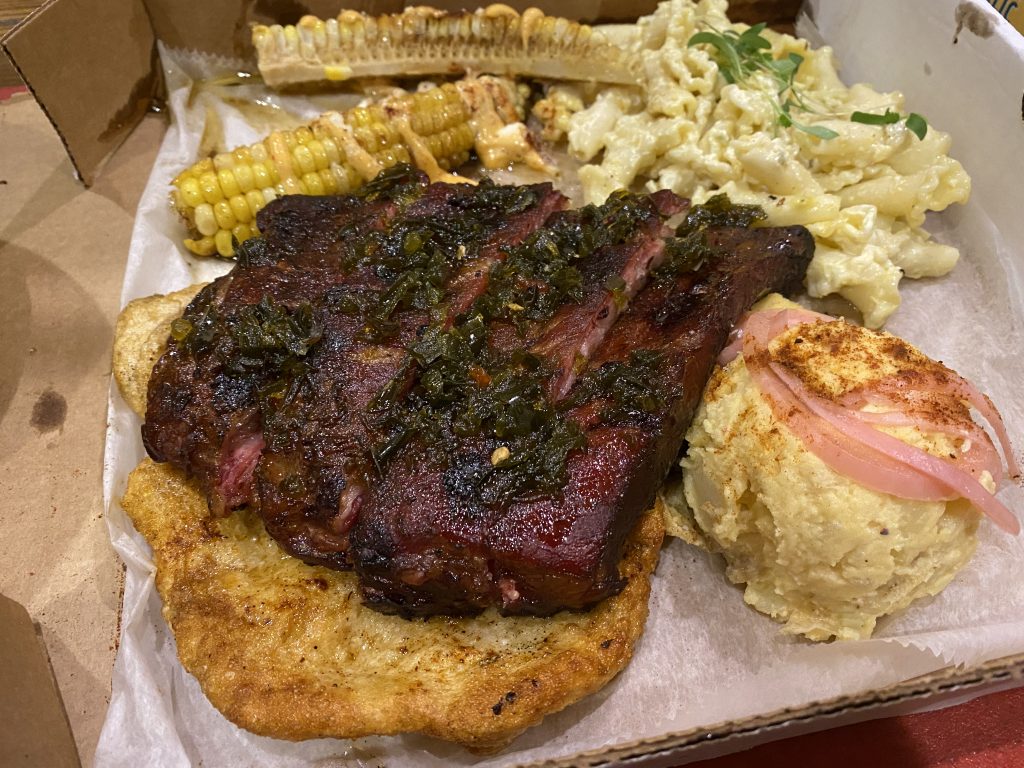 Rib Plate
Low Ivy was good from day one, but they went to another level after purchasing a large smoker. It was best highlighted with the smoked rib plate they ran right after the smoker was purchased. I’ve judged rib competitions and ate ribs from hundreds of different places. These were in the top 1%. Add to it the sides and it was a perfect plate.