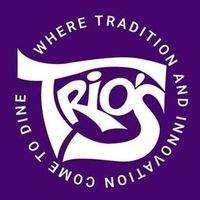 Before 2020 I never thought I would be handing out recognition for how well a restaurant has handled a pandemic, but here we are and this matters a whole lot.
Every local restaurant has been impacted by COVID-19. It has costs the local industry millions, taken away countless jobs, and closed several beloved local places. That last bit will probably be felt hard in the next few weeks, as history has shown us most places wait until the end of the year to announce a closing.

Business aside though, one of the things we tried to emphasize early on was re necessity of restaurants to maintain public trust and let customers know that if they do decide to go out to eat, that they can do so safely. We caught some flack for calling out poor stewarts of public trust early in the pandemic, but those restaurants not taking things seriously put the entire future of the industry in jeopardy.

As a result most restaurants in the Little Rock area have taken incredible measures to build a safe environment for people to come dine or take food to go. We could name a whole host of restaurants who have done a good job, going above and beyond. Places like Faded Rose, Soul Fish, Pantry, Loca Luna/Red Door, Shorty Smalls, Flyway, At the Corner, the entire SoMa and Argenta business districts, La Terraza, Cache, and many many others.

There is one restaurant, however, that stood out to me throughout this entire process, and that is Trio’s Restaurant.

We were able to help several restaurants (for free) build a COVID policy during the early stages of the pandemic (full disclosure, Trio’s was not one of those). The policies involved 4 pillars of Transparency, Safety, People over Profits, and Immediacy. Essentially restaurants, if they wanted to survive for the long term, need to be transparent in everything covid related, go above and beyond to ensure the safety of their guests, focus on the health of the people they serve more than short term profits, and make rapid decisions instead of delaying.

In my opinion, Trios hit every aspect of what I felt restaurants needed to do, and more. They were one of the last restaurants to open dine in, and even then they did so at a higher than required reduced capacity. They have been transparent along the way and have shut down at the first indication of a situation. Because of their actions Trio’s has built confidence in the surrounding industry.

The best example happened just this month. Trio’s found out there was a potential exposure with one of their staff. They immediately shut down on the first sign of exposure, not waiting until they had a series of positive tests. It ended up being that the exposure was real, several staff members including owner Capi Peck and Brent Peterson were positive. By being immediate, transparent, and taking the right actions they likely kept the spread contained and helped keep customers and other staff members safe.

The leadership in the industry from Trio’s is second to none. There is not a place in Little Rock that I would feel safer going in and eating than there. It is the kind of leadership and example that the rest of the industry needs to look to in order to survive what will absolutely be the hardest winter of any local restaurant has seen.