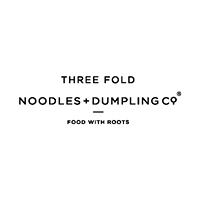 These birria burritos (birritos?) from MC Burritos were 🔥🔥. Can’t wait to pick up more.
Our crew spent some time checking out @topdoglr in downtown yesterday. We found some great dogs, burgers, and cheesesteaks (pictures here).
Keeping it simple today with a catfish plate from Burge’s.
Scored some major dad of the year points by picking up a pack of @loblollycreamery macarons to go in the kid's stocking.
Today is the last chance to get @lowivycatering food in Little Rock before they move out of state. Catch them at @therailyardlr at 5.
It is hard to walk into @mockingbirdbarandtacos and not get tacos, but their burger does not need to be overlooked.

It has been nearly two years since Three Fold Noodle and Dumpling Co quietly arrived on the scene, set up on Center Street. That quiet opening with very little hype feels like a different lifetime ago, in the two years that followed Three Fold quickly became one of the most popular restaurants in the city and the move into the new location is easily one of the biggest openings this year.
In some ways the new space changes everything, it is most evident in the flow of the restaurant. To say that Three Fold underestimated the popularity of the original space would be an understatement. It became instantly clear in the design and flow of the space. The original line queue was perfect for 10-15 people waiting to order, not the 60+ people that snake through the middle of the restaurant and out into the street at lunch on Fridays.

The move is, in many ways, an effort to alleviate some of these unexpected issues that pop up. The line now can easily accommodate 50, keeps people from lining up in the restaurant, and the new service flow should ensure that the line moves quicker than ever.

In other ways, the space is a continuation of the same concept. Walking in the door you immediately feel at home. The bright, open nature of the restaurant is still the biggest feature. Natural light flows in even better than the previous spot thanks to better positioned walls and higher ceilings. White tile still adorns the floor, though just around the edges of the wall to keep things looking clean while cutting down on the labor of constantly scrubbing the floors. It feels like an evolved version of the first concept, taking some lessons learned into account.

Then there are some concepts that are totally new but make complete sense within the Three Fold world. A good sized patio seems right at home with Three Fold, it is easily going to be the most coveted table space in the restaurant. It will have a bar overlooking the sidewalk along with several tables. It will be the perfect space to grab some noodles before a show next door at The Rep.

Also a natural addition is the call in window. Inside Three Fold they are slowing things down ever so slightly. You order, take a number, and they bring your food out with each bowl made fresh instead of held like it is currently. The call in window then becomes the opposite, offering faster service than ever before. Just give them a call with your order, walk up and grab it. No need to even set foot in the restaurant. It turns a 5 minute to go order at the old place into just a few seconds at the new.

Along with everything is a much larger kitchen that will allow more experimentation with new products and offerings. To kick things off they are now offering breakfast starting at 7 a.m. in the mornings serving up bao, which is a cross between a steamed bun and a dumpling.