Food Road Trip: Down in the Delta, Rhoda’s and Doe’s Deliver

Last weekend, four dudes, myself included, piled into an SUV with sights set on heading down to the Delta. Specifically, two legendary locations, Rhoda’s Famous Hot Tamales in Lake Village, Arkansas and the original Doe’s Eat Place in Greenville, Mississippi, provided the motivation behind this particular pilgrimage.
Along the way, we stopped at Sno-White Grill in Pine Bluff, as well as the Country Village Oven in Star City. Personally, it was my first visit to both eateries, and their respective towns, for that matter. Sno-White was solid, yet unspectacular, but certainly a quality spot to pound down a cheeseburger with onion rings. Next, we drove for a bit and stopped at the Country Village just outside of Star City for a few baked goods from their bakery, known locally for their cinnamon raisin bread. Everything looked fantastic, and if the blueberry doughnuts and white rolls were any indication, this place is a must-stop when driving through Star City.
Rhoda’s was next up. 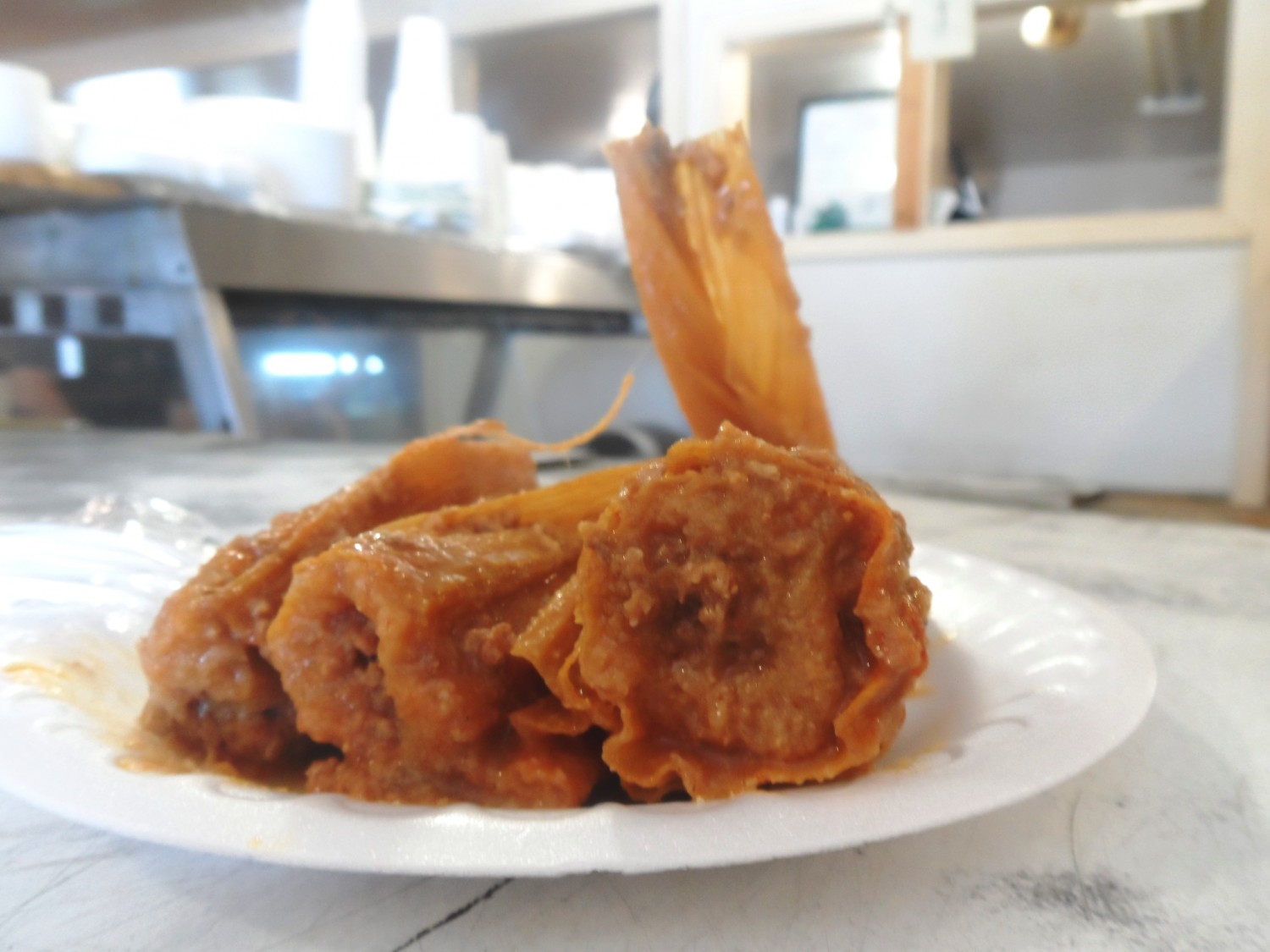 Truth be told, we were all playing it very safe with our food consumption. Deep down, we wanted to enjoy the experience at Rhoda’s (and dinner at Doe’s) and knew that having ample stomach space was our only option. We pulled up to the small, dilapidated structure and got out of the car. It was hot outside, extremely hot, but just the way you’d imagine rolling up to a place like Rhoda’s on a summer’s day. And the place did not disappoint. As we walked through the door, we were immediately greeted by a kind, older gentlemen, who graciously served us our food. Ten minutes later, we wolfed down the laughable total of three tamales, each. The tamales, which were stewing in a vat of juices, came out soft, moist and packed with a delicious combination of beef, masa and spices. They needed nothing, other than our eager appetites. 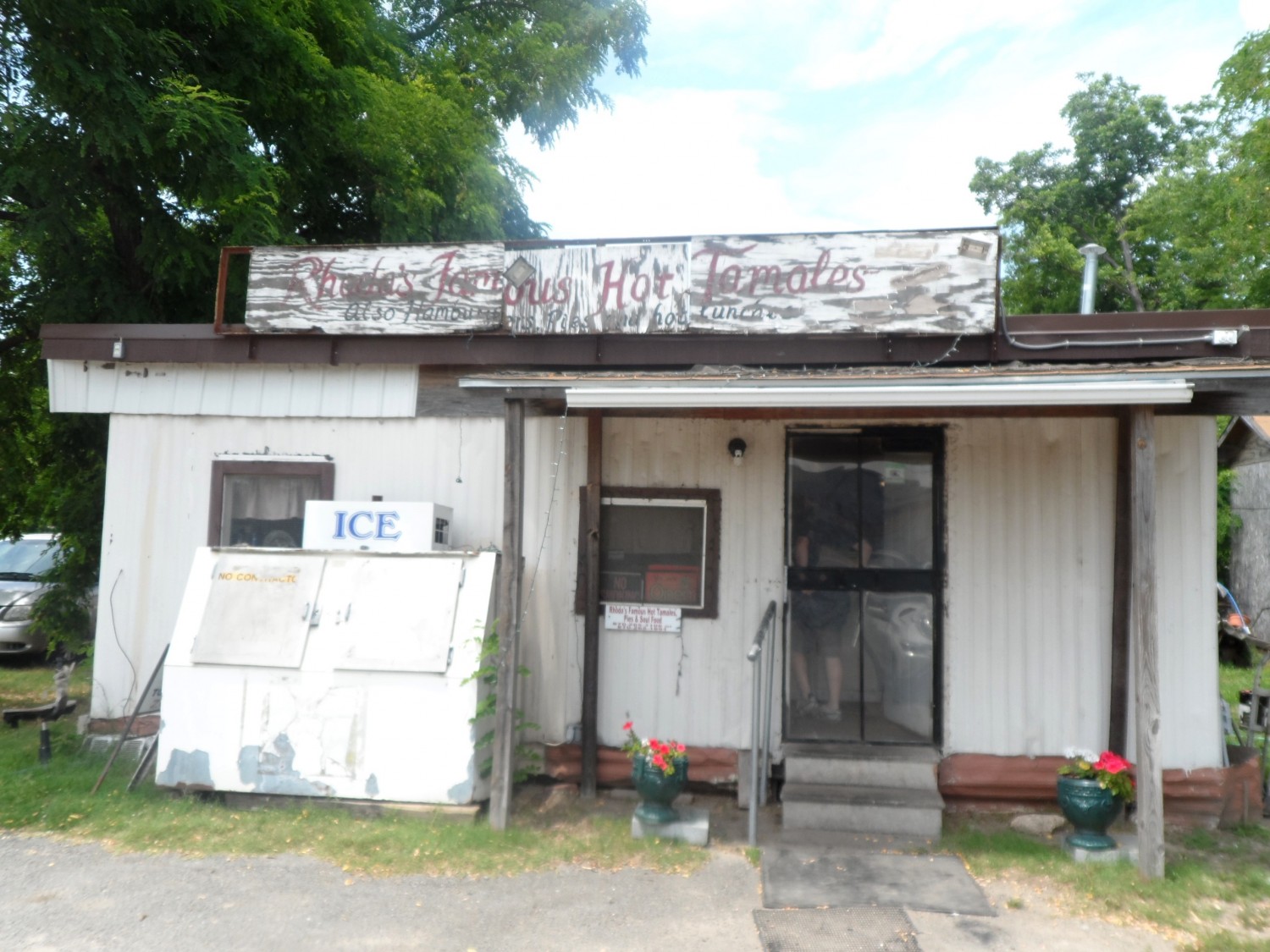 With our belts beginning to tighten and our sights setting on Doe’s Eat Place, we got back into the car and headed across the river into Greenville. But there was just one problem: Doe’s didn’t open for another three hours. So with time to kill and no interest in wasting it at a local casino, we did what we do best … eat.
That’s right … we googled “best bbq in Greenville” and came up with Shotgun House BBQ, located just a stone’s throw from the Mississippi River. Sure enough, Shotgun House proved to be a worthy stop. The tender pulled pork slightly surpassed the pork ribs in excellence, but it was an all-around fantastic showing.
With excitement building and appetites dwindling, we made the 5-minute trek over to Doe’s Eat Place. The restaurant doesn’t technically open until 5:00 p.m., but we arrived thirty minutes early and the gracious hostesses sat us down by 4:45. As you enter the restaurant, you’ll be mesmerized by its cozy, rustic Southern charm, as well as the general warmth radiating throughout the establishment. And I mean this in a literal sense. It’s downright hot when you walk into Doe’s. Why? Because you freaking enter right through the kitchen! Turn left and the broiler is right there. Seriously. Never in my life have I seen such a thing, but damn if it wasn’t bad ass.
We sat down and ordered tamales, soaked salad and fried shrimp, as well as some of Doe’s steak (which comes with fries). All the starters were good, but we were particularly impressed with the fried shrimp, which had a soft, flour coating, dripping in piping hot oil. Twenty minutes later, out came the crown jewel of the day, a 3-lb. Porterhouse, cooked to a perfect medium-rare, sliced to expose its meaty goodness, and served up in a pool of juice. 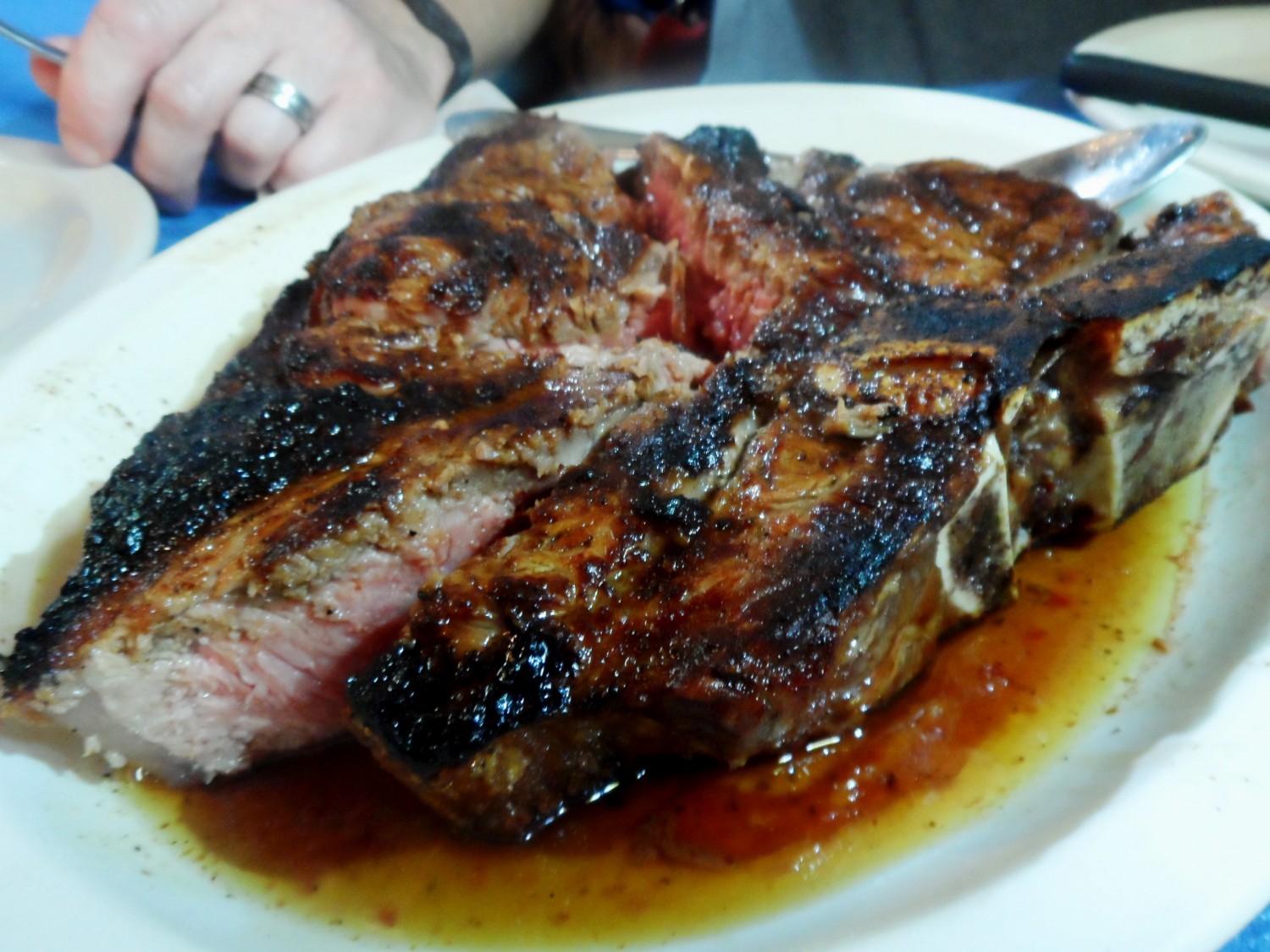 The steak was heavenly, and although we found the filet to be a tad tenderer than the strip side, the combination of the two, along with that amazing meat juice, really left us nothing to complain about. Factor in the ambiance, coupled with downhome service, and it’s easy to see why the original Doe’s Eat Place is one of the most iconic restaurants in the entire South.
I’d say our trip down to the Delta was a tremendous success. Much of that had to do with two iconic places living up to the hype, a rare feat in this day and age. By keeping things simple and staying true to what they do best, both Rhoda’s and Doe’s were well worth the drive.