Gear Up For Saint Patrick’s Day With Dugan’s Pub

Opening up a blend from @teasandthings today to admire the quality of ingredients she uses in every hand crafted tea blend. Head over to her website and buy a bag, you won’t regret it.
About to up our food photography game around here a bit with this new #macro lens. Expect some cool photos coming soon.
Skipping out of town for the night. @barcleeta is one of our favorite spots in the state. Check them out next time in NWA.
I believe the technical term for this watermelon+peach cup from @elsurstreetfoodco is “Stupid Good”.
Always a good day for @cheesecakeonpoint. Easily our favorite dessert in town. Stop by tomorrow for their grand opening party.
Great dinner tonight from @eat_lilis. These quesabirria tacos are great.
If you ask Don Dugan why he decided to open an Irish Pub, he’ll likely tell you, “I could have opened a sports bar, but this is way more fun.”
He’s got a point, especially as we draw near Saint Patrick’s Day. You can’t have a serious celebration without serious food, and the 3rd Street Pub can load your plate.
Thankfully for locals, Dugan first discovered an interest for the Irish community and culture back when he worked at Kelley’s Irish Bistro.
Plus, he’s always felt at home in an Irish pub, as he says, “When traveling the first question I ask when I check into the hotel is, where’s a good Irish pub, because I know I can always get a pint of Guinness and a decent meal.”
We decided to peruse a few of the more traditional items on the menu, so you can celebrate Irish Culture with a decent meal (and Guinness) year-round.
First up: The Fish and Chips. Dugan says, “Our batter is a little bit different than everyone else’s. It’s a light, crunchy batter, instead of a real thick, dense beer batter.” Once you’ve had them it’s easy to see why they’re a best seller.
You can’t go wrong with the Bangers and Mash – the lovable sausage and mashed potato dish. Dugan uses F. Nolan and Sons Victuallers for the bangers. “All the processing is done in Hot Springs and it’s Arkansas hog, which I think is awesome,” he says.

If you’re feeling indecisive start with breakfast. Perhaps Dugan’s favorite from the traditional faire, the Irish Farmhouse Breakfast comes with Rashers (Irish Bacon), bangers, eggs, and grilled tomato. It’s also served with bread, as he explains, “We have our brown bread that we make here – it’s a version of soda bread, and although not traditional, it’s pretty good.” This is the perfect meal to share (or not) alongside a Guinness.
Warm yourself up with the Shepherd’s Pie. Although Dugan’s doesn’t come with the traditional lamb, it’s still filled with the stuff your comfort cravings are made of – lean ground beef, celery, carrots and onions. “We braise the meat, add carrots, celery, and onions, put that down in a layer and put mashed potatoes and melted cheese on top of that,” Dugan explains.
Perhaps you’d rather nosh on something salty and satisfying. Check out the Corned Beef and Cabbage, which is actually an Irish dish that came out of New York. Dugan explains, “The delis had leftover cuts of meat and the Irish bought pieces of brisket cheap, corned them, and made a dish.” No matter the origin, it’s well worth a bite or two. 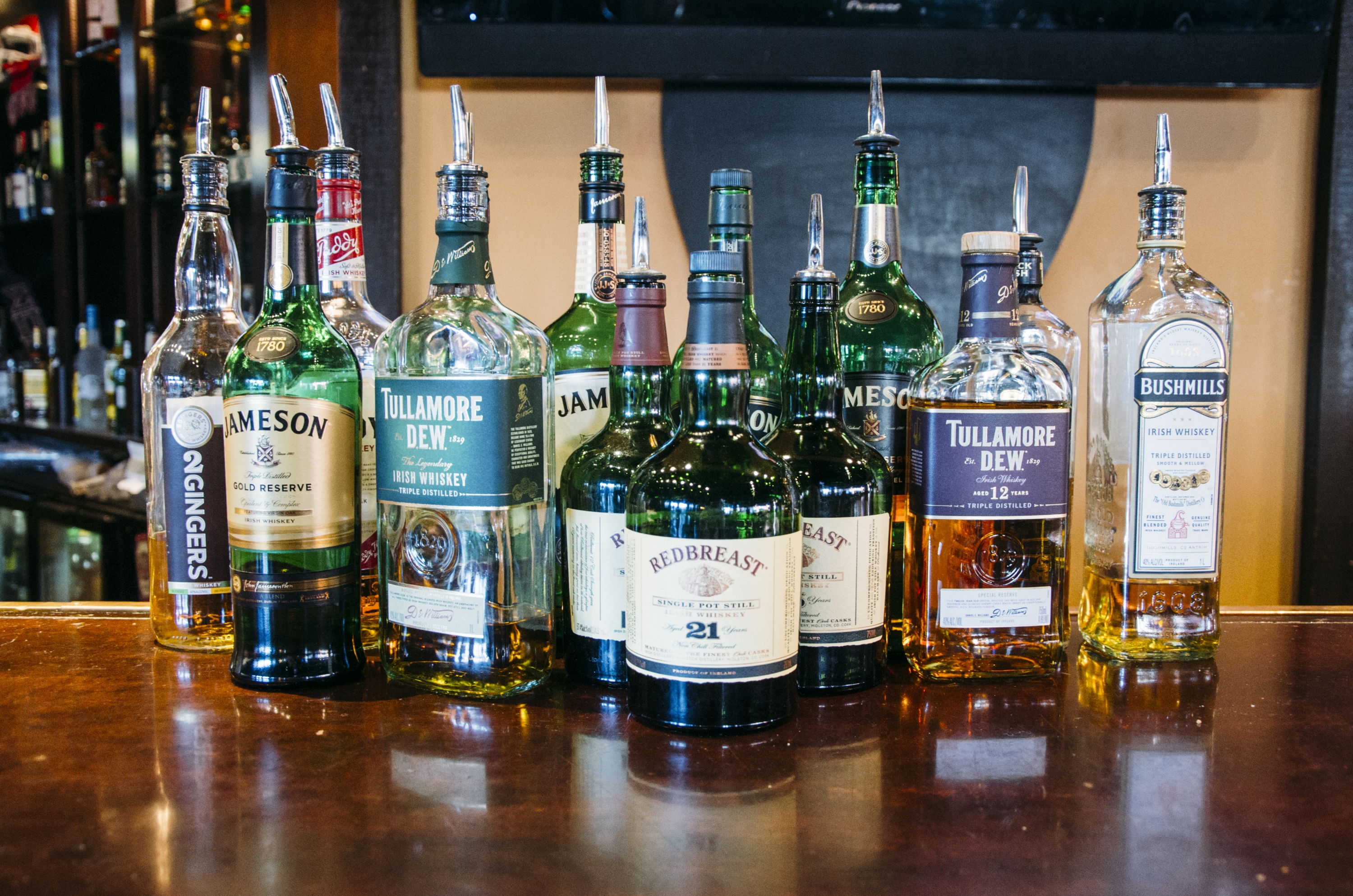 These are but a few gems on the extensive menu. Plus, don’t forget to order a Guinness or a Black and Tan. If you like whiskey you’re in the right place – “If there’s an Irish Whiskey, we’ve got it in our bar,” says Dugan.
Get into the real spirit of things on March 11 at the third annual 3rd Street Block Party. Following the Irish Cultural Society of Arkansas’s St. Patrick’s Day Parade, you’ll find beer tents and live music outside Dugan’s on 3rd Street. This year Barrett Baber is headlining, with supporting performances by Big Red Flag and Luke Johnson. The Little Rock Pipe & Drum Corps, The O’Donnovan and McCafferty Schools of Irish Dance will also perform. It’s free and open to the public, and is a guaranteed good time.
Dugan says it best, “It’ll be a blast.”