North Pulaski Farms, located a few miles west of Cabot, is one of the newer farms on the scene in Rock City, having opened in 2009. The organic farm is owned and operated by Kelly Carney, a retired software developer who worked in the travel industry.
How does a former software developer become a farmer? It dates back to the economic fallout of 2008 and being motivated to help preserve the environment.
“After taking a beating in the stock market in 2008, my retirement plans changed,” Carney said. “To stay in the online travel industry would have meant moving away from Arkansas.”
“I had always talked the talk of someone who cared about the environment and when I learned about one of my favorite fishing areas in the Gulf of Mexico having a hypoxic zone the size of New Jersey, due to the excess nitrogen runoff from conventional farming, I figured I could be a tiny part of the solution,” he said. 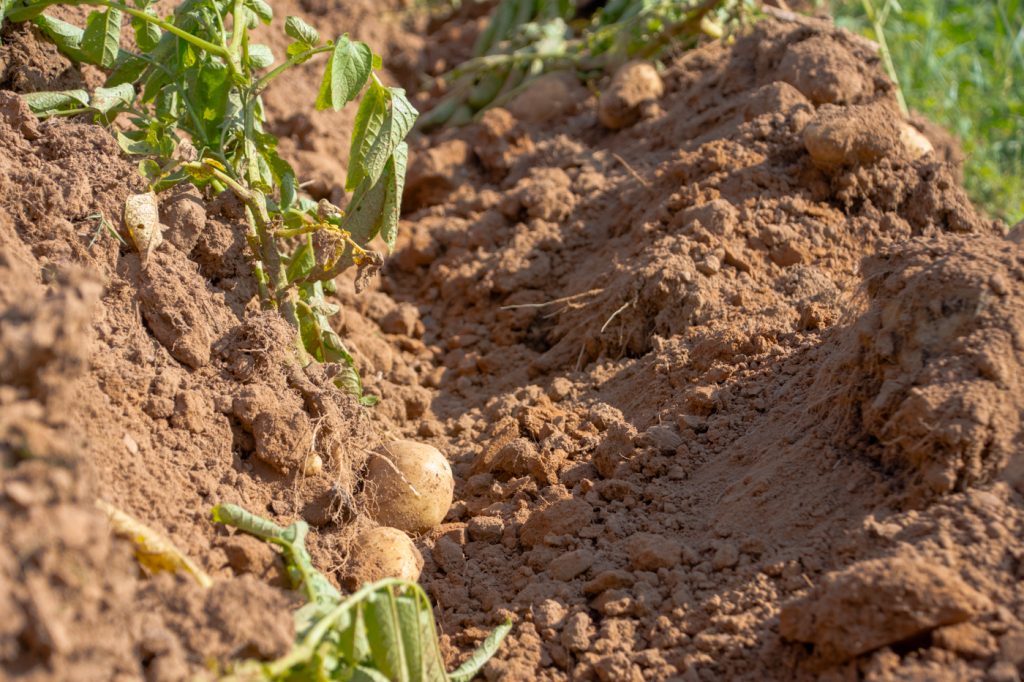 Most of Carney’s family was supportive of his decision to purchase 9 acres of land in 2008 to eventually develop into a sustainable farm.
Carney says that he uses 5 acres and leases the other 4 acres. At any given time, there are about 6.5 acres in cultivation on his farm.
If you ever visit North Pulaski Farms or check out their website, you’ll notice that Carney has named his fields after Flintstones characters.
“In the IT world, we named our servers after MASH (the movie) characters and since I was getting back to ‘bed rock’ so to speak, the Flintstones was a perfect fit,” Carney said.
You’ll find fields such as Fred, Barney and Bamm Bamm, a greenhouse named Wilma and an apple grove named Betty at North Pulaski Farms.
Fred, which is the main production system, is 2.1 acres and utilizes an advanced Luminance THB UV protected light-diffusing film designed to keep itself warm in the winter and cool in the summer. With Fred being so large, a variety of crops are grown within the field, such as blackberries, cabbage, kale, sweet peppers, tomatoes (of multiple varieties), raspberries, lettuce and peas.
Barney is a ⅓ acre field that produces Ouachita and Navaho Thorn-less Blackberries.
Bamm Bamm is a 3 acre field that is used for summer production. You’ll find that Bamm Bamm grows delicious items such as cantaloupe, carrots, collards, garbanzo beans and green beans.
Wilma is a heated, 20×96 greenhouse that is used to start seeds with a small area for winter growing. Artichokes and various styles of lettuce are grown in Wilma.
Finally, there’s Betty, which is about 1 acre and used to grow Arkansas Black Apples. There are 18 rows of vegetable production intercropped between the apple trees.
An extensive list of what crops are grown, when they grown and other details can be found on the website of North Pulaski Farms. 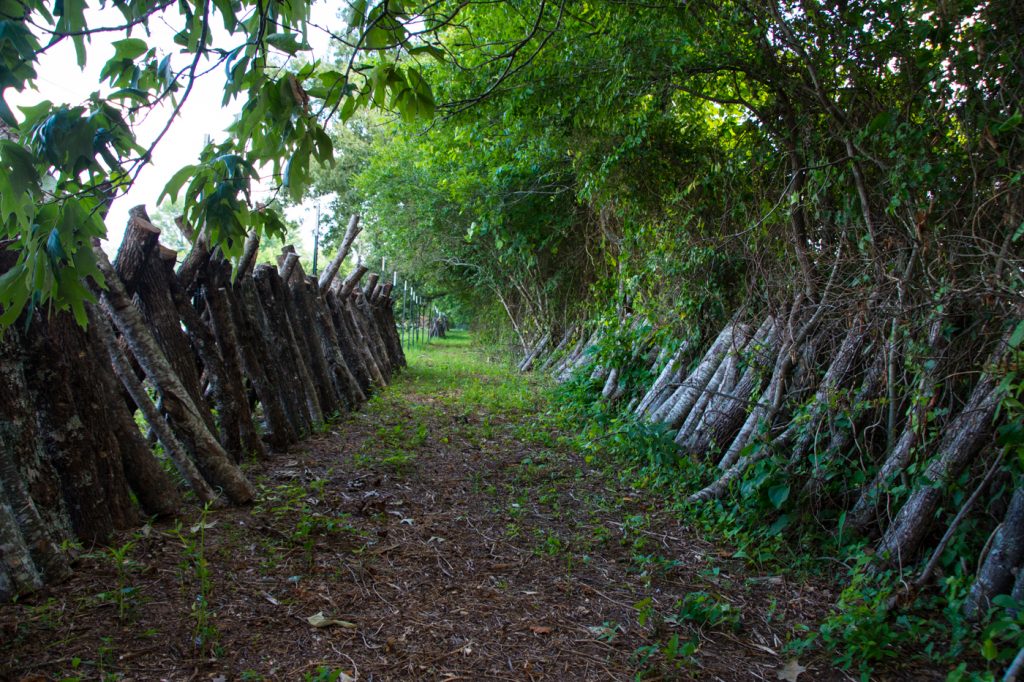 Carney and his produce can be found at various markets throughout the week. You can find him in Little Rock at the Hillcrest Farmers Market on Saturdays, The Bernice Garden Farmers Market on Sundays, the Westover Hills Farmers Market on Tuesdays and at the Highway 5 Farmers Market in Cabot on Thursdays.
These farmers markets are really what fuels Carney and his passion for locally grown produce. It’s what wakes him in the morning– not an alarm clock, but excitement and adrenaline for selling at various markets.
“I am a market farmer period. It’s what wakes me in the morning without an alarm,” Carney said.
“I was telling my intern recently that there is not much that feels better than being called someone’s farmer. The customers come to your booth, pay you good money for something you have been working on for months and thank you for growing it organically. Half of what we do is grow the food, the other half is have a relationship with our customers about it. For this delayed gratification and affirmation junkie, it’s humbling and awesome,” Carney said. 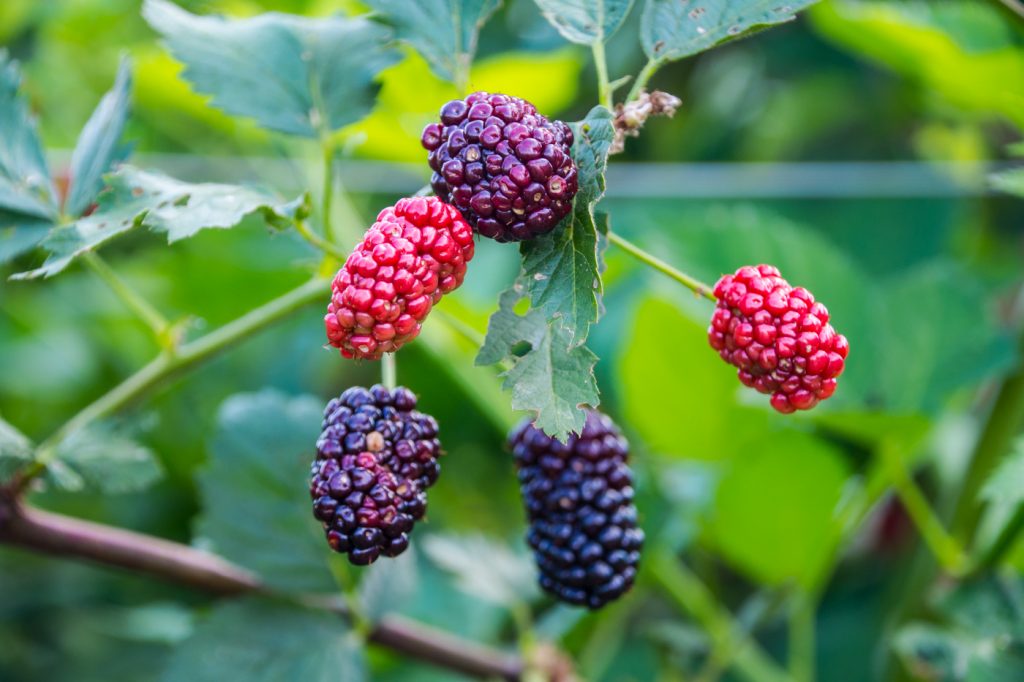 In addition to farmers markets, Carney offers a certified organic community supported agriculture (CSA) program in which members buy a share of next season’s best crops. The fall program went on sale July 1st and will run from mid-August to mid-November. More details can be found here.
Carney also sells to a couple of restaurateurs, including Stephanos Mylonas with Mylo Coffee Co. and Scott McGehee with Yellow Rocket Concepts.
“Stephanos Mylonas with Mylo Coffee Co. has been a market supporter and friend and buys our Italian Marconi peppers,” Carney said.
“McGehee is our largest restaurant buyer,” Carney said of the owner of Yellow Rocket Concepts, the man behind such establishments as Heights Taco and Tamale Co., Big Orange and Lost Forty Beer. “This year we are custom growing heirloom tomatoes for his group and the support he gave us during the off season  is enabling us to grow more heirlooms than ever before.”
Carney has a small team to help him operate his farm, which consists of a full-time intern, two part time workers and one volunteer.
“Organic farming is hard work and the turnover rate is high. This season I am very fortunate to have a great intern and a few very reliable workers and a volunteer that have made a big difference.”
Despite the help, Carney still has a slew of responsibilities in maintaining and operating the farm. Sometimes things go wrong and Carney must procure a solution.
“Farming is 90% fixing things and 10% horticulture, so there is always something that needs my electrician/plumbing/mechanical/finance/psychology or some other skill not found in my original plan. Just a couple of weeks ago, I was replacing the pump on our compost tea spray rig and then broke a connector on it,” he said. This warranted a visit to Home Depot and then a drive back to the farm to fix and hook it up.
“During CSA distribution and on market days we figure out what we can harvest and what will be going into our crates (or bags). We recently picked enough blackberries so our members will be getting a gallon of them in their shares. Later on that day, I picked zucchini and headed home for a shower, cold beer and a nap.”
Carney wears many hats and does many things, but the thing he does best is being an organic farmer.
You can “like” North Pulaski Farms on Facebook by clicking here. You can keep up with Carney and his schedule by checking out the calendar on his website by clicking here.