Every week, Little Rock brewers put out a number of new or special beers on a limited basis. But perhaps none come with the fanfare and anticipation of Lost Forty Brewing’s Nighty Night, a Rock City Eats pick for one of the best beverages of 2015. There’s good reason for the excitement: Nighty Night ages for months in three different barrels, only coming together in the last few days to make the final product, a rich-sipping brew that gives you more detail the more you pay attention to it.
Nighty Night started out as Lost Forty’s Forest King imperial stout brewed back in June. Before the final carbonation stage, the team put the beer into one of three barrels: cabernet, rye whiskey or bourbon. The beer then aged for 2–4 months, depending on which barrel the beer went into. The result is a beer that has a staggering range of flavor, which gets even more pronounced as the beer warms up over time.
“This is the quintessential beer for tasting it off the top,” says John Beachboard, the co-owner of Yellow Rocket Concepts who oversees operations at Lost Forty. “At the beginning, at 35 degrees, you get chocolate, coffee at the beginning. But then, get this beer up to 55 or 60, and it gives you more red wine, fruit and berry.”

For those not used to craft beer, Nighty Night might be a little intimidating. It has depth that can be difficult to grasp, and at 11.2 percent ABV, Nighty Night is no lightweight. The key is to take your time and sip slowly, tasting it when it’s right out of the tap and letting it warm up in your hands. Nighty Night is powerful, but it never tries to run you over.
“There are so many beers out there, whether it’s stouts or IPAs or whatever, so many just hit you in the face,” says Beachboard. “This beer is obviously a heavy hitter, but this, as with all of our beers, the thing we aim for is balance on everything.
“I hate using words like ‘complex.’ But because of the way I can pull multiple notes from the beginning, middle and end, as it goes from cold to warmer, I think it works.”
This is the second year Lost Forty has produced Nighty Night. Last year, the brewery only created 15 barrels of the brew (a barrel is 31 gallons). This year, that has more than tripled to 50 barrels. That means you’ll be able to find Nighty Night a bit easier than in 2015. Most of the beer will be canned and sold in four-packs, though certainly plenty will be on tap at the brewery. Lost Forty is not selling Nighty Night in growlers or crowlers this year.

Your first chance at trying Nighty Night this year is Saturday, when Lost Forty will hold a release party that is shaping up to be a massive event. Part of the celebration will include a “zombie lumberjack ride,” where cyclists can bring their bikes and their best lumberjack Halloween costume and participate in a late evening ride. There will also be live music and some giveaways.
“We’ve got 900 people signed up on Facebook for this, which means it will likely be the biggest event in the history of our brewery,” says Beachboard. “It’s bigger even than our one-year anniversary.”
The festivities kick off at 4 p.m. on Saturday, which is when Nighty Night officially goes on sale. Four-packs are $21.99, and there is a two-case limit per person. After tasting it myself, I can say pretty confidently Nighty Night is once again one of the best beers of the year. Make sure you don’t miss this one; beers and events like this are the reason Little Rock’s brew scene is quietly becoming one of the strongest in the South. 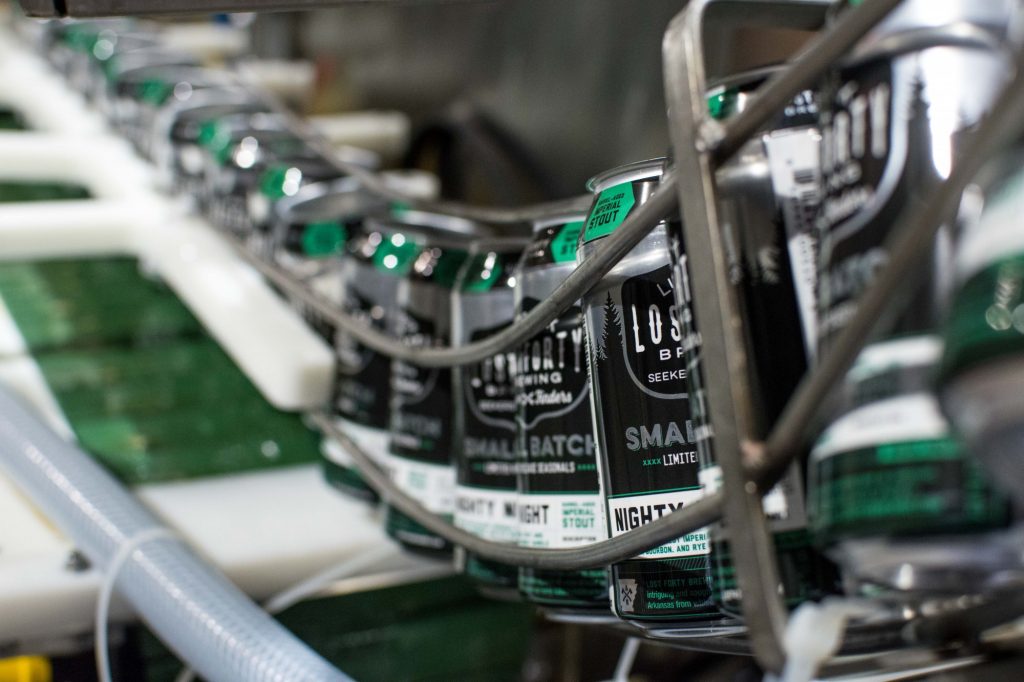