Beyond being an extremely affordable film festival, the Little Rock Film Festival provides a juncture for all genre of artists to meet.

The fest isn’t just for cinematography enthusiasts and actors. Musicians make their way in as well. Before the Tuesday screening of “Salad Days: A Decade of Punk In Washington, DC (1980-90)” at the Ron Robinson theatre local punks Head Cold took the stage.

Their noise and energy seeped into the following film. Honing in on DC’s DIY punk spirit, the film interviewed band members from Bad Brains, Minor Threat, Government Issue, Scream, Faith, Rites of Spring, Fugazi and more. The connection between the director Scott Crawford and the telling of the music scene makes the documentary feel more personal, and sat amidst photographer Jim Saah’s photos, the result was nothing short of entertaining.

I was left with questions rather than answer, though on the punk scene in DC.

Yesterday’s late showing consisted of “Uncertain,” a southern gothic tale set on the Texas/Louisiana border in a town called Uncertain, population 94. The town revolves around a swampy lake being choked by an aquatic weed. As the town struggles, so do the three men the film chronicles, Wayne, Henry and Zach.

This film was gorgeous, the beautiful cinematic shots of the lake and the swampy knees of the Cyprus trees were enigmatic, wide-sweeping and felt like the magnificent shots taken from the Planet Earth series.

Although the pacing may seem slow, the three characters present themselves in such a way that you become a part of their world. You want Wayne, the ex-convict to kill his Mr. Ed. You want to fish with Henry along the dying river, and you want so badly for the diabetic Zach to get out of the crippled town and find a steady job in Austin.

As the film ended the two directors, Ewan McNicol and Anna Sandilands took the stage, surprising the audience by presenting Wayne and Henry from the film. Unfortunately Zach was not able to take off work to be present. Following is an excerpt of the Q & A lead by the Arkansas Times Lindsey Millar. 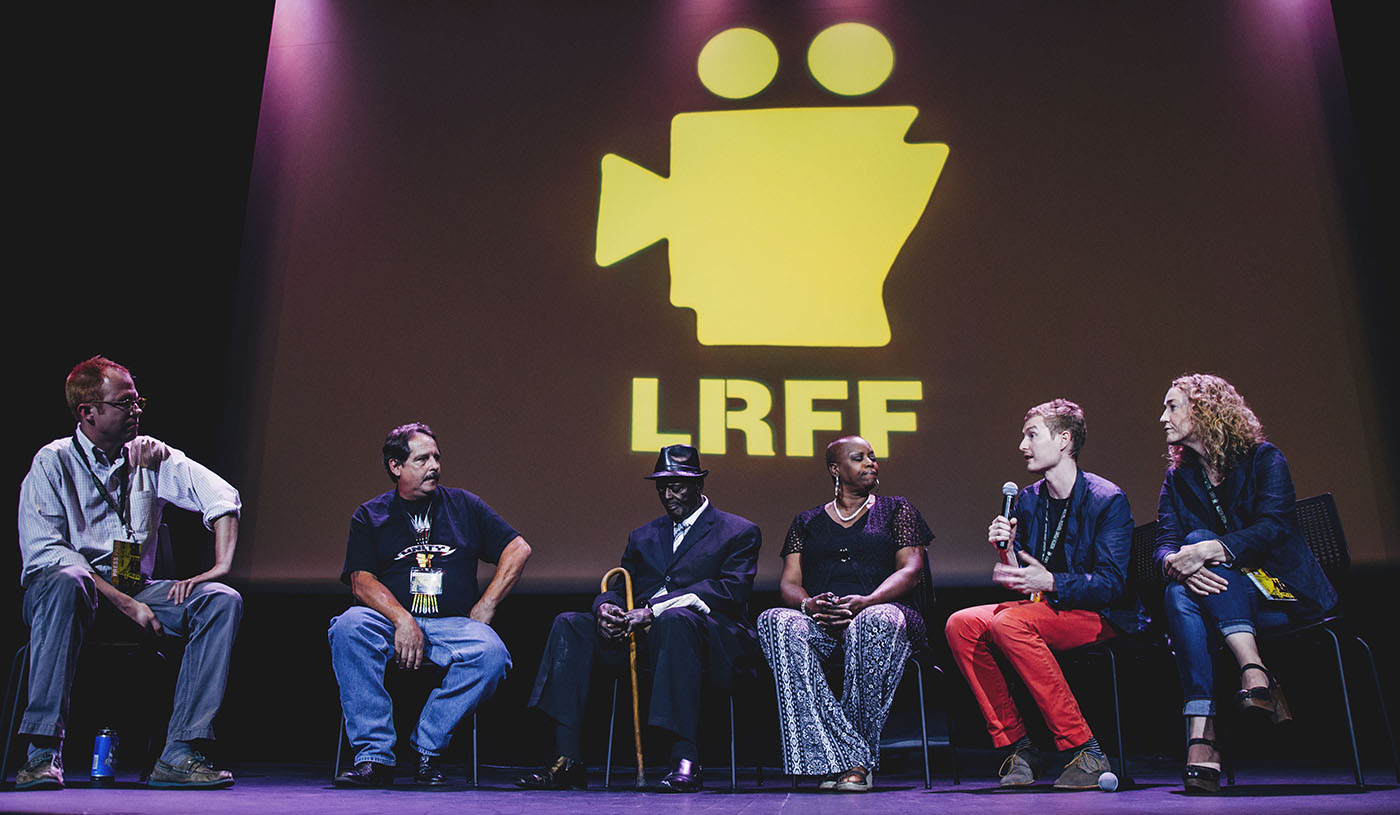 Millar: “You guys are programed within this cinematic nonfiction block, it’s clearly not a conventional documentary, you don’t introduce the characters it takes a while for us to figure out who’s who … do you guys self-identify with cinematic nonfiction?”

McNicol: “I think we do. We have a great interest in fictional films and I think that probably comes through in the work. I think we when we were making the film we spent nine months not really sure how this was all going to come together. We were uncertain where it was going, but we were so excited about ways the story grew … and we just kept filming.”

Sandilands: “We also knew when we were editing we decided early on that we wanted the film to play on … we made that choice then we didn’t want to have too much detail.”

Audience Q: “I was just wondering how it felt to see your stories on the film. Did it give you a different perspective than just living through it?”

Henry: “It really healed me.”

Wayne: “I can honestly say that what that film chronicled in my early history was active addiction. When you’re living through that you don’t really see it as a whole and to sit and watch that and to realize how bloody my story really was and for my family to see it … and you know … today I understand it better than I ever had. Living through it is one thing when you’re walking around in a coma, seeing out front you realize that you know … it’s just incredible damage that you’ve been done. As far as it being out there today, I really was concerned because I didn’t really expect it to be this big, but you know part of my recovery is admitting my flaws my character defect.”

South on Main hosted a huge blow-out last night for the Made in Arkansas shorts, so huge, the street was packed. Don’t miss out on the parties! As the fest continues, so will the parties.

Tonight there will be the KABF Radio ‘Summer of 85’ Dance Party at 10:00 p.m. at Good Food by Ferneau in Argenta. Michael Shaeffer will be on hand spinning some of the biggest ‘80s hits with food by Ferneau available. It’s open to the following passes: Filmmaker, Sponsor, Press, Gold, Silver, and Student. You can also purchase tickets at the door for $10, even if you don’t have a pass.