These tuna poke nachos from @hillstationhillcrest are fantastic, you need to try them.
Monday is starting off slow around here, had to grab a bagel and coffee from @fidelandco to attempt to get going.
Check out these awesome cookies a friend shared from @austinscookies. They are delicious, and filled on the inside.
Wonderful duck leg plate from @lowivycatering this month.
Great day for some tacos from @mawmaws_house at the @therailyardlr.
Time for our next popup dinner. Get ready for an amazing 4 course Honduran dinner with @elsurstreetfoodco at @communitybakerylr. Link for tickets in the bio.

Foodies and chefs alike flock to Eggshells Kitchen Co. , an oasis in food utensils and gadgets, as well as the home of a series of local chef-lead cooking classes. We’ve talked these classes up in the past, and highly suggest getting out to one of these. The topics have a wide range, from making your own sushi to learning about mixing the perfect cocktail. This past Monday I prepared myself to take in some more food knowledge – this time about vegan food.
That’s So Raw, a raw/vegan wellness eatery co-owned by Natashia Burch and Kendalyn Mckisick, was headlining with ‘Vegan Junk Food’ on the menu. Beginning the class, Burch asked each of the 20 or so participants to state their name and their interest in the class. She said, “That’s So Raw isn’t only about veganism, it’s also about a health journey.” Many people listed food allergies as a reason for attending, others were just curious as to how to make veggies more fun, and still others wanted to improve their vegan cooking skills.
Chef Mckisick was determined to show how preparing vegan food doesn’t have to be boring and flavorless, and can even come in the shape of comfort food like chocolate pudding and mac and cheese.
As Mckisick illustrated how to make each of the four recipes – Vegan Chili Mac and Cheese, Thai Spring Rolls, Chocolate Pudding, and Blueberry Mango Cobbler – she said, more than once, “Have fun with it, play around with the spices.”
One of the participants was curious as to why eating raw foods is better for you. Eating raw is a plant-based, non-cooking lifestyle focusing on the full value food has to offer. Cooking (heating/warming) will cause you to lose 30 percent of the nutrients in foods as well as 100 percent of their enzymes.
Going raw full-time is a serious lifestyle change, and as Mckisick and Burch both said, you have to work towards a balance and do it properly. “It’s best to eat optimally. Raw foods have more nutritional value than those that have been cooked,” but, Mckisick added, “I’ll be honest, some foods are better cooked and some raw.”
She said that part of being a successful vegan, or even plant-based enthusiast at home, is having the right ingredients and right tools. “If you want to go vegan you’ll really need a Vitamix,” she said, as she used it for every recipe, even the cobbler. The powerhouse blender is capable of tackling nuts, fruits, veggies – everything.
She shared these interesting food facts and tips:

Toward the end of the class, Mckisick announced that she will be moving to Alaska to pursue a MFA in Creative Writing at the end of the summer. Burch is a little unsure of That’s So Raw’s future, however, she is looking at ways to keep it going once Mckisick is gone. This summer That’s So Raw will still be available at The Bernice Garden Farmer’s Market on Sundays from 10 a.m. to 2 p.m. Keep in touch with the vegan eatery on Instagram – @thatssoraw, and on the blog.
Be sure to keep up with any upcoming Eggshells cooking classes. Check out the following list here. 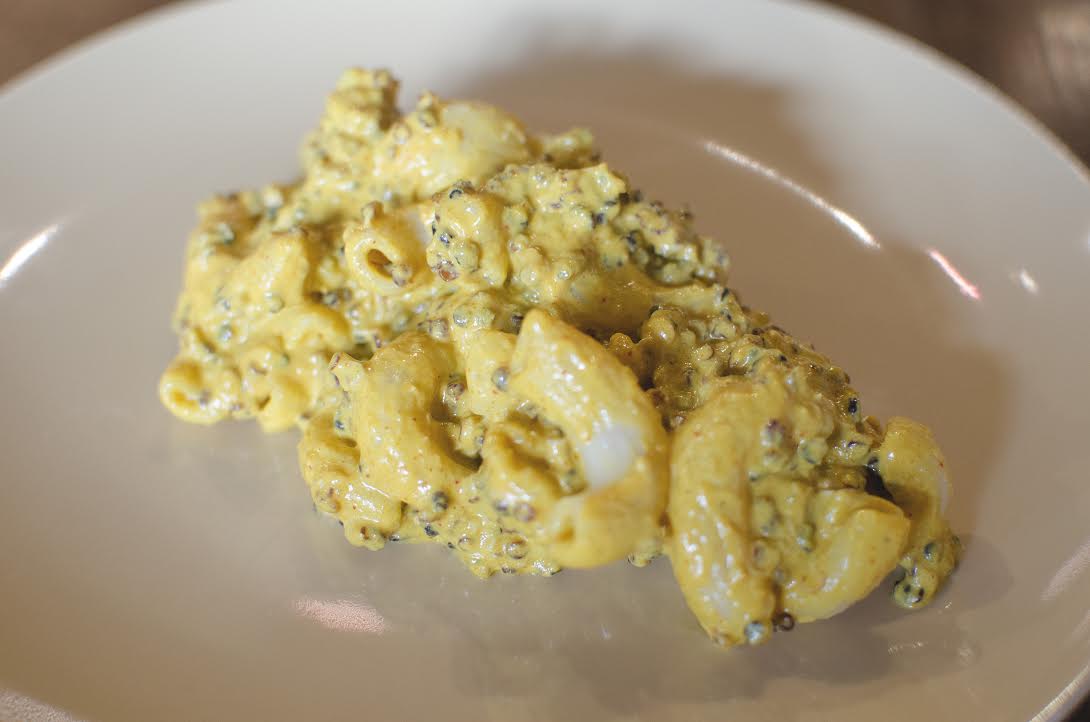